Did you know that humans have been using fluid power for over 2,000 years? Our ancient ancestors were always drawn to the power of water, using it to power water wheels to help with food preparation and making fabrics, for example. Whilst it is difficult to pinpoint one individual who invented our modern hydraulic systems that use fluid power, the concept of fluid power dates back to many thousands of years BC.

Ancient Mesopotamians and Egyptians used fluid power for irrigation of crops. In the first century AD, hydraulic systems were used to make the first steam engine. In the 300s, the Persians used a similar system to create the Shushtar Historical Hydraulic System. For your Hydraulic Power Unit needs, visit a site like https://www.hydraproducts.co.uk/Hydraulic-Power-Units/Standard-Power-Units

The word ‘hydraulic’ has its roots in ancient greek. The ancient Greeks developed incredible aqueducts, irrigation systems and canals using basic hydraulic methods. These were essential for human growth, sending water supplies to populations settling near to water sources for this very reason. 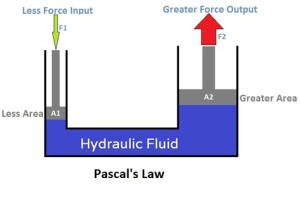 In the 1930s, before the advent of the Second World War, William George Armstrong made the first hydraulic accumulator and rotary engine, starting a whole new era of aircraft travel that revolutionised the world.